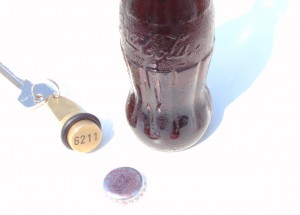 I am sitting here in my office (by which I do not mean MS office) on the Lefka Ori of Anek Lines, to starboard on the wide afterdeck, writing on USP as a “warming up”. See image blow the article.

In my first example on enterprises, I will discuss the super brand of super brands – CocaCola!

For me, this is the brand per se. CocaCola even stands out among an assortment of premium brands such as Adidas, Apple, BMW, Intel, Mercedes Benz (or is the name of the brand Daimler?), Microsoft, Nike or if you so desire also Oracle or SAP.

Compared with CocalCola, even the new enterprises such as Amazon and Google are just run-of-the-mill.

So what is the USP of CocaCola?

1. The secret of the syrup?

We learned that at school in business studies. Allegedly, it was the best-kept secret of the world. There was a secret recipe giving the drink its unique flavour, which was responsible for the success of CocaCola. At least, that is what our teachers taught us in the 11th form of Jacob Fugger Grammar School in Augsburg, where we specialized in business studies!

However, that is apparently not all there is to it. After all, there is also PepsiCola – and I doubt that I would be able to distinguish between Pepsi and Coca blindfolded. When I was young, we also had AfriCola (which tasted the same) and a Cola by CanadaDry (which, apart from Cola also offered some really exotic lemonade). And then you must not forget that Aldi, too, has some strange Cola ….

Consequently, it cannot be the recipe that made all the difference. So much for school …

I suspect that there is hardly anyone among 6 billion people on this earth who has never heard of the brand CocaCola. And I doubt that the same can be said of any other brand. CocaCola even managed to do something that is always bound to be a failure: they established a second brand “coke” besides CocaCola. The reason was that the name CocaCola is not easy to implement on a world-wide scale. In our era of supremacy of the English language, it was obvious that an English short and artificial term was needed. Usually, a new name is the death of a brand – not so with CocaCola. Coke is now established: 1Coke4Me!
But is a brand all that is necessary for an USP? I think not.

I may not have seen all the countries of this world, but I saw many (see also duerre.de, look in the glossary under “Reisen”). Wherever I went, I saw CocaCola, and I often bought it, too. And it always tasted nice.

Now imagine the extraordinary entrepreneurial effort – to make a product available and highly visible to all people in all the inhabited places around this world. What a logistic achievement. What production and licensing processes must have been mastered and developed to a supreme standard? How radical do you have to understand globalization, regardless of political, religious and social differences! And in what an ingenious way do you have to combine global and local ways of thinking? 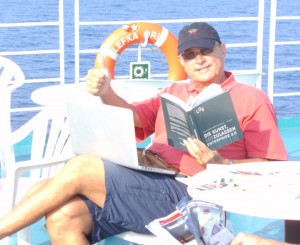 I think that (1) the recipe is not the USP of CocaCola. The USP of CocaCola is (2) the brand and (3) the unique way in which a global world was understood and played. Establishing the legend of a special drink, CocaCola has been a brand and global presence with big sustainability, persistence and enormous faithfulness towards its product and traditional values throughout many decades.

A small entrepreneur or director of a medium-size enterprise naturally does not have these ingenious sources. Thus, it is a lot harder for the likes of me to find our own USP. However, before I will later go on to expand on the small USPs, I will discuss the USP of “Red Adair” in my next article.

RMD
(Translated by EG)
P.S. In our youth, our favourite drink was “Schabeso”. That was a special lemonade with lemony flavour and snap fit. In fact, I am not even sure these days about its correct pronunciation (Jabeso or Chabeso)?