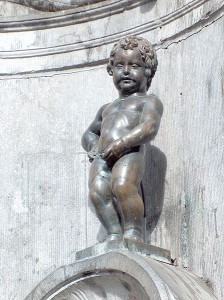 Currently, there is again a general discussion about road or street charges even for passenger vehicles. In my opinion, the concept of tolls is a good one insofar as it makes sense to pay for the infrastructure costs and the environmental exploitation according to the extent of utilization.

To be sure, it would be less expensive and easier to, for instance, just let people pay higher taxes for petrol, instead of introducing the complicated data collection procedure necessary for the toll system. It would also be fairer, because a SUV or a luxury limousine should cost more than a small car.

As counter-argument against a higher petrol tax, we often hear that drivers from abroad would then not have to pay at all. – Well, that is not how I see it. It would be a nice gesture towards our guests. We would get a more positive image and thereby strengthen the industrial location Germany. Besides, most of the people coming from other countries will fill up their fuel reserves in Germany, anyway.

This article is, however, not about street toll. It is about the peeing fee (Biselmaut). It is, or rather has been, introduced in Germany on a wide scale. This article is an outcry against this special kind of toll!
Let us start with the cost: to be sure, a medium-sized toilet is a relevant investment. Neither is there a doubt that it causes costs all the time. I assume that the cost is similar to that of a medium-sized or big light signalling system.

Here are a few statistical numbers published on a website by the City of Cologne:

Cost in Euro (circa)

Building a light signalling system including civil and underground engineering, dependent on the dimension (between pedestrians crossing and big signalling system):
Between 10,000 and 250,000

Maintenance of a complete signalling system (dependent on the dimension):
Between 800 and 5,000  each year

Unlike public toilets, you can use traffic lights for free. Of course, this makes sense. After all, you certainly cannot charge a “signalling system fee” from all users as easily as you can charge a toilet fee from persons who have a certain need.
Even transport nodal points such as Munich Central Railway Station charge the users of toilets these days. 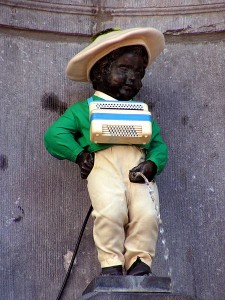 You can visit private businesses, such as shops, hotels, or – as international tourist guides recommend – the local McDonald restaurant. For those privileged travellers who go first class or are “comfort” railroad customers, there is a toilet in the “DB-Launsch” (“Die Lounge”! 🙂 ).

With a little courage and “coolness” you can do your business in an ICE train waiting for departure. But, please, do not stay until its departure! – And if you have nothing left to loose, you can behave like the bums who look for a quiet place in the parking garage. Who cares that the city gets smelly?

Yet there are still exceptions to the “peeing fee”: in the seemingly prosperous, yet in reality highly subsidized airports with their display of the posh lifestyle, you can still use the toilets for free.

Car drivers, however, are up to the neck in it. Sanifair is already raising the prices from 50 to 70 cents (probably without providing the higher-value coupons). Isn’t it a relief that, according to the respective website, you can even take your leak using the price-winning “best public toilet of 2008”?

And I guess the word “fair” as in “Sanifair” is supposed to suggest that it is fair to make people pay for it when they have to answer the call of nature.

P.S.
I took the pictures from the central media archive Wikimedia Commons, where they were included in the article Manneken Piss. The first picture was taken by Walter in 2005, the second one by Evgeny Zubkov in 2007.